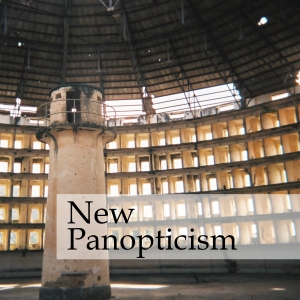 To begin to examine the importance of panopticism in the ongoing scholarly and popular debates about surveillance in society, we have to begin by reviewing the concept of panopticism as conceptualized by Michel Foucault (drawing from Jeremy Bentham).  For Foucault, the panopticon is a generalizable mechanism of surveillancethat infiltrates (although sometimes undermining) but nonetheless connects disciplinary modalities in society, thus making it possible to distribute power relations infinitesimally, so that these become the fundamental relationships that structure society at every level1.  As I argue in the pages below, panopticism remains an important concept that has relevance for thinking and theorizing about the role of surveillance in society.

Power Relations and Panopticism
As Foucault first theorized and other researchers such as Castells (2009) have found to be empirically supported, resistance to power (terms “counter-power”) is mobilized vis-à-vis the establishment of horizontal conjunctions, or networks.  Horizontal (or rhizomatic) networks are characterized by their flexibility, mobility, by the spontaneous organizations, coalitions, and revolts they enable.  It makes sense then, that to impose order over resistance mobilized through horizontal networks of counter-power, the mechanisms of disciplinary power involve fixing, partitioning, and hierarchizing.  In vertical networks, or hierarchical networks, power is dispersed throughout multiple levels where it operates insidiously, and shapes the anatomy of populations.  Here is where we might begin to think about the principle of the panopticon.

The idea of the panopticon that Foucault writes about was first developed by Jeremy Bentham as an ideal architectural model of modern disciplinary power.  Bentham’s panopticon was initially conceived as a design for a prison, but is relevant for Foucault because the design itself incorporates disciplinary power through procedures of fixing, partitioning, and verticalizing that enable surveillance of members of a population.  For example, the prison is built so that each inmate is invisible to the others since he or she is confined (fixed) and separated (or partitioned) in his or her individual cell.  Next, inmates are always visible to a monitor situated in a central watchtower.  What is most important to note about the panopticon model is that it is extremely efficient in two ways.  First, the panopticon’s watchtower “monitors” or surveils inmates regardless of whether or not a human monitor is actually watching them.  Second, the surveillance mechanisms of power produced by this design are reiterative: Inmates never know whether they are being observed and thus must always assume and act as if they are being monitored.  Because of the possibility that they are always already being watched, prison inmates continually produce their own docility.  As a result, control is achieved as much by the physical constraints of the prison as it is by the internalization and self-regulation of the inmates themselves.

Although Bentham was never able to actually build his prison, the principle of the panopticon has come to pervade every aspect of modern society and is the instrument through which modern forms of discipline replaced pre-modern sovereignty as the fundamental mechanism of power that defines power relations.  Thus, panopticism not only represents a key spatial figure in the modern system of surveillance, but also is a central mechanism for constructing modern subjectivity and the re-making of people, communities, populations, and societies in the image of modernity.  As Foucault explains, “He who is subjected to a field of visibility, and who knows it, assumes responsibility for the constraints of power; he makes them play spontaneously upon himself; he inscribes in himself the power relation which he simultaneously plays both roles; he becomes the principle of his own subjection” (Foucault, 1977, p.202-203).  In other words, the panopticon produces in subjects the internalization of surveillance, the desire gaze outwards as well as constantly inwards, in a process where visibility becomes a trap that we ourselves help to construct and maintain.

The Panopticon Debates: Post-Panopticism and Digital Surveillance
In their 2013 book Liquid Surveillance, Zygmunt Bauman and David Lyon characterize today’s world as “post-panoptical,” meaning that in contrast to the watchmen in Foucault’s model who took some responsibility for the lives of inmates (or for keeping them in line), today’s inspectors are digital monitors who can escape at will to unreachable realms.  In other words, because surveillance is “liquid,” it does not operate through the same panoptic mechanisms of “fixing” and “containing” subjects.  According to Bauman and Lyon, the “architecture” of digital space does not include walls or partitions, and thus has “no obvious connection with imprisonment” (Zygmunt & Lyon, 2013, p. 4).  The “liquid character” of institutions of modern life are no longer bounded structures but rather “dissolve before our eyes” (p. 3).  In the cultural logic of “liquid modernity” that the authors lay claim to, the problem of surveillance, much less of panopticism, is outdated if not completely obsolete.  The stance Bauman and Lyon take toward panopticism in Liquid Surveillance is representative of the stance that a large majority of recent surveillance research is taking toward panopticism, which tends to be either oppositional (“re-thinking Foucault”) or absent.

For me, the absence or rejection of panopticism in resent surveillance studies is not without consequences, but in some ways is also quite reasonable.  It is reasonable because Foucault’s panopticism is not a good conceptual fit with the issues and phenomena around which the recent surveillance debates revolve.  Over the past four years, the surveillance debate has been largely constituted by issues and events starting with (and following) the 9/11 World Trade Center attacks, and has focused primarily on debating government and state surveillance tactics (counter-terrorism, the PATRIOT Act, NSA activities, the use of drones, etc.) and on situating surveillance in and around digital landscape (e.g., Andrejevic, 2007; Bauman & Lyon, 2013; Doyle, 2011; Fuchs et al., 2011; Harris, 2010; Monahan, 2010; Pariser, 2011; Sing & Lyon, 2012; Trottier, 2012). These authors discuss digital surveillance in relation to journalistic practices (whistleblowing, leaking, the Snowden debates), online privacy protocols (data collection, cookies, net neutrality, etc.), new technologies (webcams), and social media platforms (Facebook, Google, Twitter).

The conversation about surveillance taking place in the aforementioned areas is, of course, enormously important.  That much is clear.  But what still needs clarification is why Foucault’s conceptualization of the panopticon does not fit into these conversations and what, if any, are the implications of tossing panopticism out the window?

Back to Basics: The Materiality of Surveillance
As I mentioned earlier, Foucault’s panopticon is not a very good theoretical construct for thinking about surveillance discourse in the digital era, or for understanding how surveillance mechanisms operate in digital space.  Why not?  First, it’s important to remember that when Foucault wrote about the panopticon as a mechanism of surveillance and control he did not have the Internet in mind.  On the contrary, panopticism as such is a concept that applies primarily to structures and institutions with architectural designs that facilitate the fixing and partitioning of individuals who are then controlled and contained within these structures.  Because the space of places is constituted by a physical partitioning of spatial dimensions in a way that the space of flows is not, it follows that panopticism—as a theory of surveillance by means of the containment of subjects in physical space—is not apt for theorizing surveillance in the digital realm.  While moving away from panopticism in surveillance studies makes sense for conceptualizing digital surveillance, the near complete abandonment of the concept has produced a kind of tunnel vision in surveillance studies to the effect that our debates neglect another important dimension of surveillance in society; this is the materiality of surveillance.

Panopticism on the Ground: The Problem in Prisons
On February 8, 1971, Michel Foucault and a group of activists issued a statement on the conditions of French prisons during a press conference organized by the Groupe d’Information sur les Prisons (Prisons Information Group or GIP).  In his 1971 statement, Foucault commented on the inhuman conditions in French prisons that were becoming increasingly overcrowded.  He tied the issue of prison overcrowding to the issue of surveillance in French society:

None of us is sure to escape prison…  Police control over day-to-day life is tightening… we are kept under ‘close observation.’  They tell us that the system of justice is overwhelmed.  We can see that.  But what if it is the police that have overwhelmed it?  They tell us that prisons are over-populated.  But what if it was the population that was being over-prisoned?

Today in the United States, the issue of prison overcrowding and the overwhelming of the U.S. justice system remains a pertinent issue, one that has been largely ignored in the recent surveillance debates.  Let’s take California as one example, since its prison population is consistently one of the largest in the country (American Legislative Exchange Council, 2013).  The Huffington Post recently published an article detailing some of the effects of prison overcrowding that relate directly to surveillance issues (Thompson, 2013).  The report detailed some of 278 reported cases of misconduct between prison officers and inmates, including incidents of officers encouraging inmates to engage in “gladiator fights” (to kill each other off systematically) and developing codes of silence to protect officers who broke the rules.  Now, we’ve all heard stories of prison guards colluding with inmates to traffic contraband (see recent article in the Washington Post, “Seventh prison guard admits helping prison gang in drug-smuggling scheme”) and many of these documented cases of collusion involve prison officers trafficking drugs for prisoners in exchange for those inmates taking over some of their surveillance responsibilities.  In these cases, prisoners become informal monitors, and new relations of power and surveillance are put in play that simultaneously undermine and reproduce panopticism in prison life.

I gave this example of panopticism in prison life to provide support for the intervention I am attempting to make into the ongoing surveillance debate.  As we continue to think about the implications of surveillance mechanisms in society, we cannot limit the scope of our conversation to digitality and virtuality but must reintegrate the materiality of surveillance into the conversation.  After all, the dominant institutions that exert control and surveillance over members in society are still structured materially inside the buildings of schools, hospitals, and prisons.  These institutions are panoptical in their very material design as well as and in the mechanisms of surveillance that produce power relations within and among them.  Thus, “panopticon effect” is no pervasive today than it was 100 years ago.  And while it may be necessary to re-think or set aside temporarily the panopticon concept when it seems theoretically and/or empirically irrelevant, we cannot abandon it completely.  On the contrary, I insist that it is necessary that surveillance scholarship reintroduce panopticism insofar as the concept will provide this area of scholarship with a renewed focus on the materiality of surveillance in society.

[1] The title of Foucault’s famous book Discipline and Punish is a rather unfortunate mistranslation of his original title in French, Surveillir et Punir, which actually translates directly to To Surveil and to Punish.  From what I understand, Foucault did not use the terms “discipline” and “surveillance” to mean the same thing.  So, if needed, I will be careful to clarify how I am using these terms.